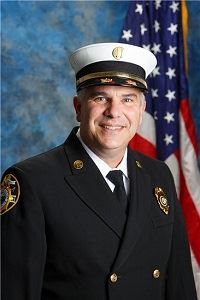 John Robinson is a native of Beaufort, South Carolina.

He graduated from Beaufort High School in 1986, after which joined the U.S. Navy, serving honorably on submarines until 1996. He left the military and accepted a position with Intel Semi-Conductor in Hudson, Massachusetts. John worked in Etch Engineering until December 1999, then moved back home to Beaufort. In April of 2000, John began his career with the City of Beaufort Fire Department.

Chief Robinson has been married to his wife Mishawn since 1994. Together they have three beautiful children John, Jenna, and Garret. 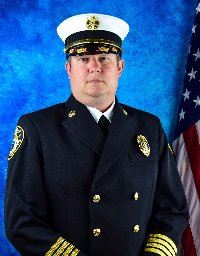 Deputy Chief Tim Ogden is a Lowcountry native and has lived in Beaufort since 2004. He joined the fire service as a junior volunteer firefighter in 1992.

He became the first paid firefighter for the Town of Yamasees and began his education there as a Fire Officer and Fire Marshal. He then joined the Beaufort County Building Codes Department to serve as their Fire Code Official in 2004.

He holds several South Carolina Fire Academy, International Code Council, and National Fire Protection Association certifications and recently served as Deputy State Fire Marshal for the Beaufort, Jasper, Hampton, and Colleton Regions. He has a Bachelors of Science in Fire Science and a Master in Public Administration for Emergency Service Management from Columbia Southern University.He currently serves as the Deputy Chief of Operations.

Deputy Chief Ogden, his wife Audra, and children are happy to be a part of the Beaufort/Port Royal Fire Department family. 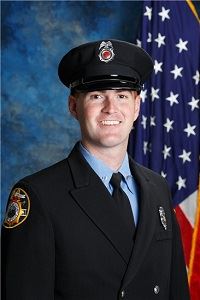 Originally from Jupiter, Florida Ross Vezin moved to Beaufort, South Carolina in June of 2008 to start his career at the City of Beaufort/Town of Port Royal Fire Department. Ross was promoted to the rank of Lieutenant in August of 2015 and then promoted to Captain of the Training/Education Division in July of 2018.
In December of 2010, Ross graduated from the Technical College of the Low Country with an Associate’s Degree in Fire Service Administration and an Associate’s Degree in Fire Science from Columbia Southern University. In December of 2011, Ross graduated with a Bachelor’s Degree in Fire Science and in August of 2013 he graduated with a Master’s Degree in Business Administration with an emphasis in Public Administration with a 4.0 GPA.

Since 2010, Ross has been a volunteer as a camp counselor at Camp “Can” Do; a camp for children who have been burned in the State of South Carolina. In 2016, Ross was selected by the board for the MUSC Burn Children’s Fund to attend the International Association of Firefighters National burn children’s camp. Ross was selected as the one firefighters from state of South Carolina to attend the burn camp with children all around the United States and Canada in Washington, DC.

In April 2017, Ross was selected as a “Key Influencer” in the Beaufort Community and was awarded with a ride of a lifetime with the United States Navy Blue Angels. In 2018, Ross was nominated for the Civitas Leadership Beaufort Outstanding Alumni Aware which recognizes the alumnus who best exemplifies the directive of Leadership Beaufort to get engaged and give back to the community.

Throughout his career, Ross has earned two lifesaving medals along with a letter of commendation. Ross was the 2009 City of Beaufort/Town of Port Royal Firefighter of the Year and the 2011 Beaufort Exchange Club Firefighter of the Year. In 2014, Ross was awarded the “Outstanding Alumni” award from the Technical College of the Lowcountry. 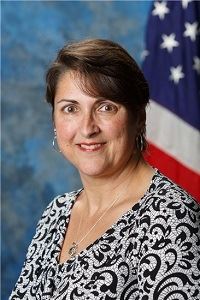 Traci Ann Bice was born in Richmond, Virginia on December 2, 1965. As the child of a United States Marine Corps family, she lived in many different states growing up. Traci graduated from J.R. Tucker high school in Richmond, Virginia in June 1984. Two weeks out of High School she found herself standing on the yellow footprints at the Marine Corps Recruit Depot at Paris Island, South Carolina.

Traci reached the rank of Sargent and earned a Navy Achievement medal while serving at MCAS. She remained at MCAS as her permanent duty station; however, she participated in many overseas deployments and various other operational deployments throughout the United States.

Traci was honorably discharged in the spring of 1992 and then went to work at Le Creuset of America, Coastal Contractors, and Beaufort County Family Court before coming to the City of Beaufort Fire Department in November 2003.

Traci is the Office Manager for the City of Beaufort Fire Department. She has two sons, Mark is active duty in the Air Force and Matthew lives in Beaufort.