Chief Dale McDorman's prior law enforcement career included being a sheriff's deputy in Stark County, Ohio, and a Beaufort County sheriff's deputy. Chief McDorman was also a security policeman in the U.S. Air Force for eight years. He has a bachelor's degree in criminal justice from Columbia College. 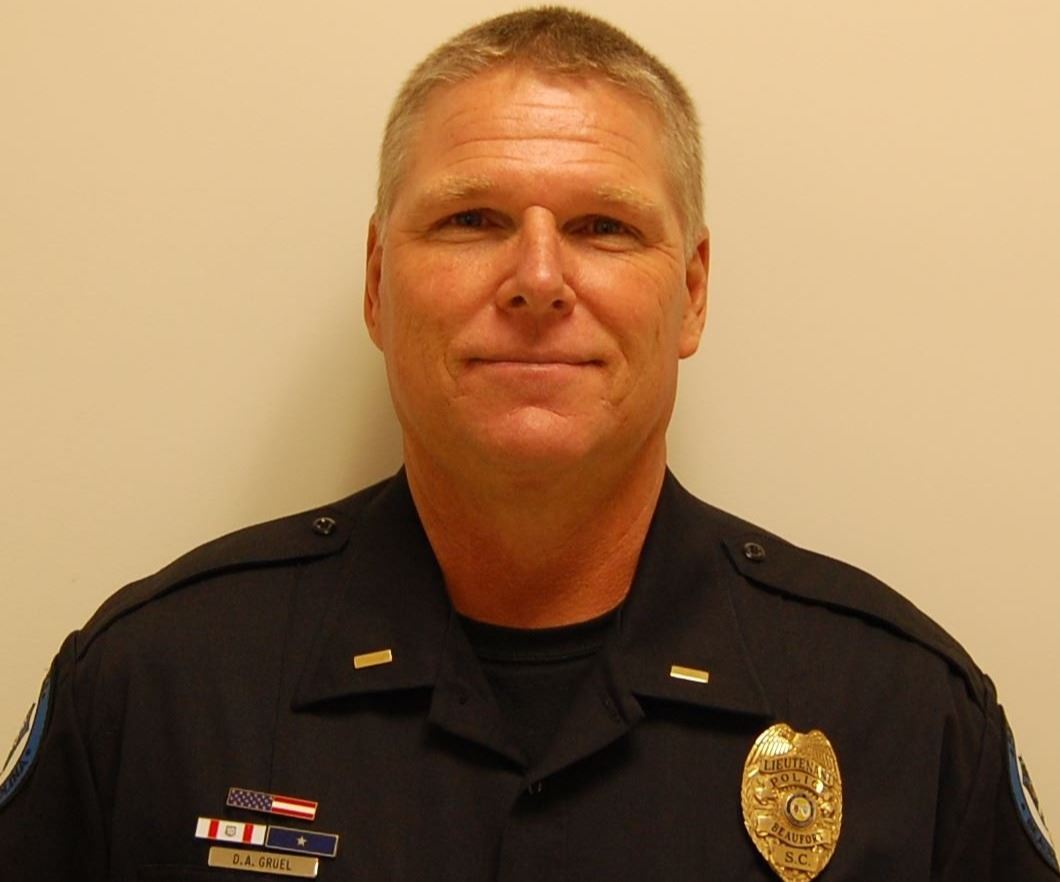 Deputy Chief Gruel started with the Beaufort Police Department in 1991 and was awarded the J.P. Strom award for being the top academic graduate of his class at the SCCJA. He started in the Uniform Patrol Division and from 1994 to 1997 and was the school resource officer at Beaufort High School. He was also the first school resource officer at Beaufort Middle School prior to returning to the Patrol Division where he was later promoted to operations supervisor.Deputy Chief Gruel transferred into Investigations in 2005 and was promoted to lieutenant in charge of the Investigations Division in 2010. He was promoted to deputy chief in November 2020 and he now supervises both patrol division and investigations.

Lt. Jason Day moved to Beaufort while serving in the U.S. Marine Corps and later moved into a career in law enforcement. He has a bachelor’s degree in criminal justice. 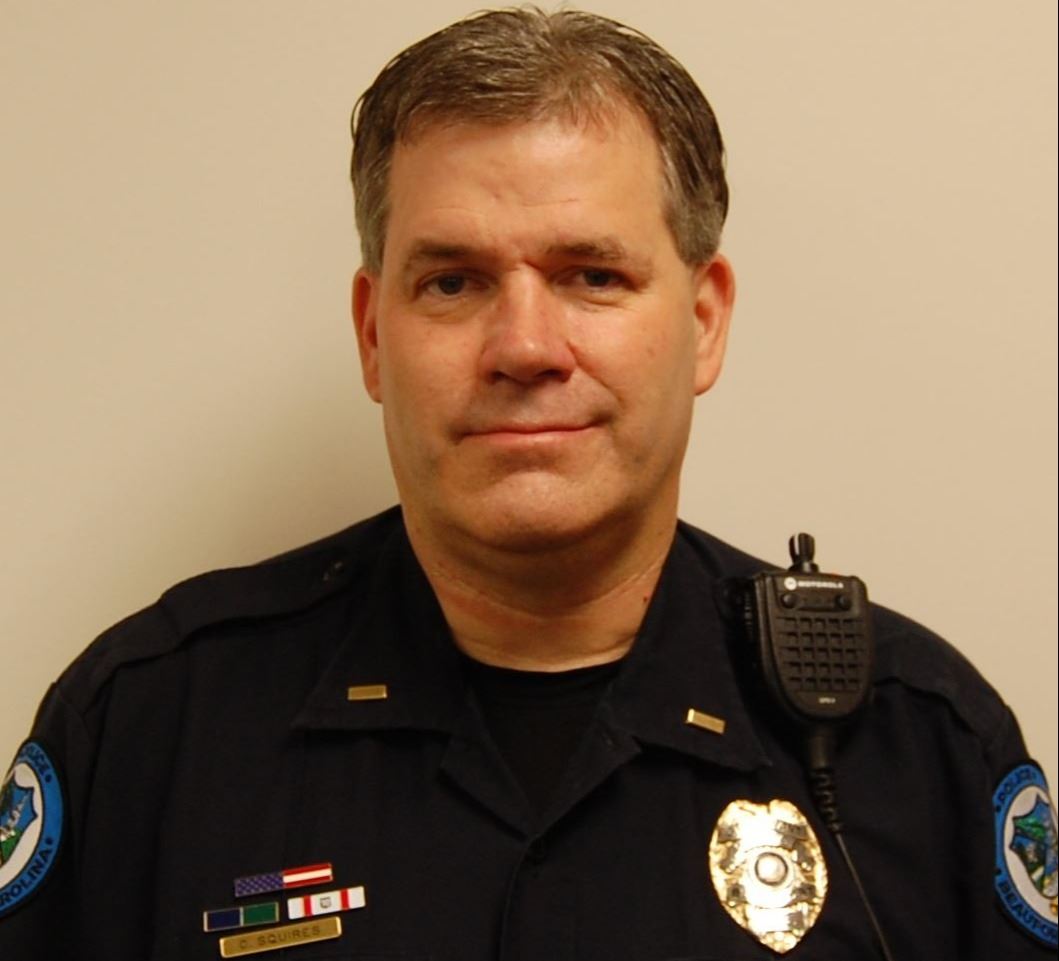 Lt. Squires was born near Albany, N.Y., and grew up in the Adirondack Mountains, regularly visiting his grandparents on Fripp Island, S.C. After graduating from high school, Lt. Squires joined the U.S. Navy; some of his duties included shore patrol, which was when he became interested in law enforcement. After being honorably discharged at the end of his enlistment, Lt. Squires began his pursuit of a criminal justice degree at the University of South Carolina Beaufort. He then transferred to the Columbia (University of South Carolina) campus where he graduated with honors and received a bachelor’s degree in criminal justice.

Upon being hired by the Hardeeville Police Department, Lt. Squires attended the South Carolina Criminal Justice Academy and received the distinguished graduate award. He worked patrol and was promoted to corporal and then investigator during the three years he was in Hardeeville.

Capt. Erdel originally hails from Jacksonville, FL. He joined the U.S. Marine Corps in 1995 as a military policeman. He served as a patrolman, watch commander, and physical security inspector. After being honorably discharged from the Marine Corps, Capt. Erdel was hired by the Beaufort Police Department in late 2003.

While attending the South Carolina Criminal Justice Academy, he received the distinguished graduate award. His experience at the Beaufort Police Department includes six years as a patrol officer and assistant patrol supervisor, and 10 years as an investigator and investigation division supervisor.

He has received numerous awards, including the Exchange Club 2011 Officer of the Year, Commendable Service Award, and 2018 runner-up for the Rotary Club of Beaufort’s Jesse L. Altman Jr. Award for Excellence in Law Enforcement.

Capt. Erdel was promoted to his current role in February of 2019, where he oversees the administration of the department’s training, hiring and internal investigative functions. Capt. Erdel also serves as the department’s public information officer. 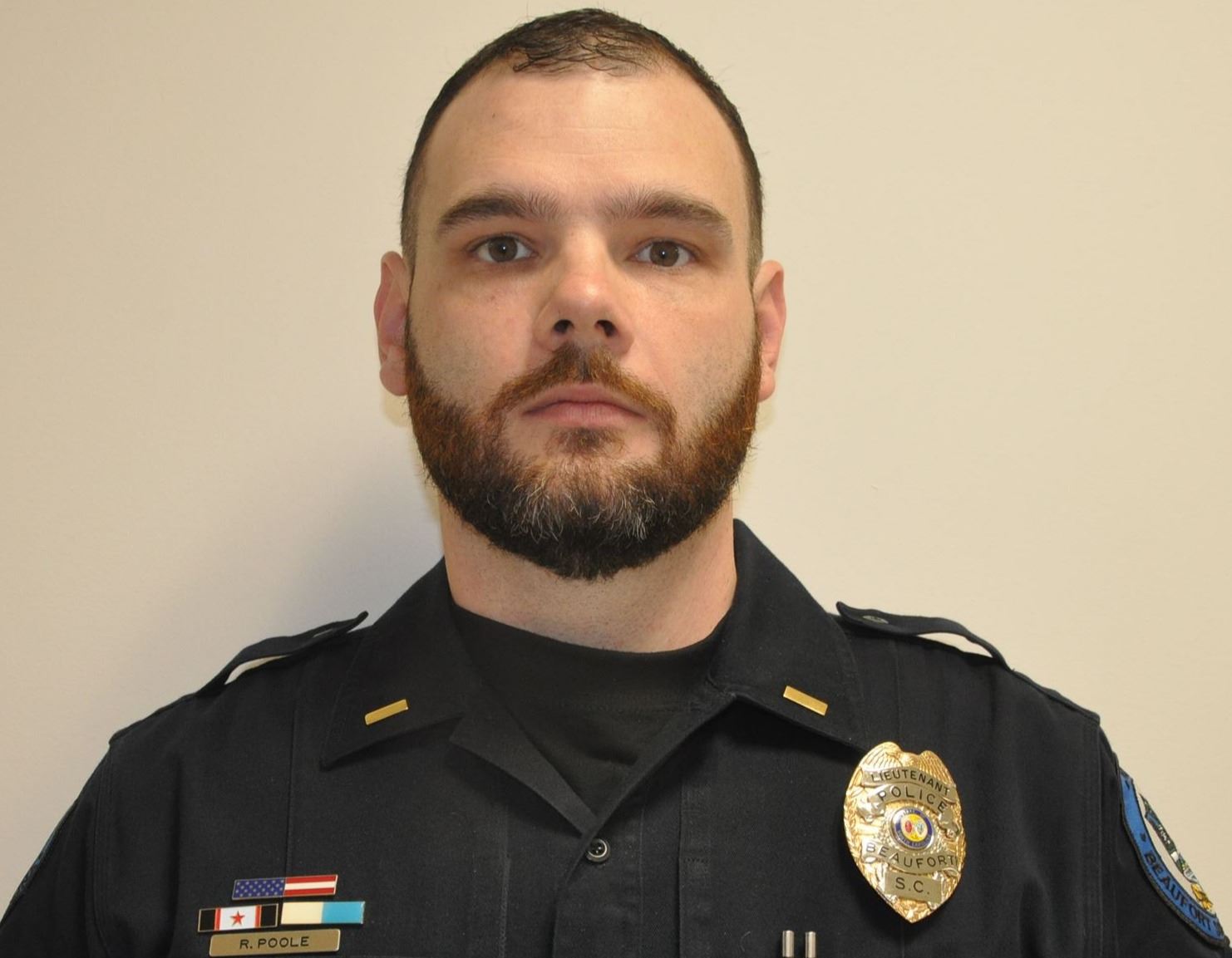 Lt. Poole is a native of Beaufort, and a second-generation City of Beaufort police officer. He earned the South Carolina Criminal Justice Academy’s Distinguished Graduate Award for his high academics while attending.

He began his career in law enforcement with the Beaufort Police Department in 2007 as a patrolman II.

During Lt. Poole’s time as a patrolman, he was also a patrol K-9 handler for the department, where he worked with K-9 “Hugo." Lt. Poole later became an assistant patrol supervisor before being promoted to first sergeant and the supervisor of Patrol Team 4. Lt. Poole remained a patrol supervisor until promotion to his current position.